For two days from August 7 to 8, 2021, JCCU jointly held the "2021 Peace Action in Nagasaki" with the Nagasaki Consumers' Co-operative Union. Together with the "2021 Peace Action in Hiroshima" held from August 4 to 5, a total of 6,500 co-op members from 95 co-ops nationwide participated in the event which was held via video online streaming instead of gathering at the site as in the previous year in order to prevent the spread of COVID-19.
This year marks the 76th anniversary of the atomic bombing, and under the theme "A Peaceful Future without War and Nuclear Weapons: 76 Years after the A-bombing, Let's Pass on the Legacy of Nagasaki and talk about it in our families and communities." The event was held with the aim of encouraging individuals to take action so that the next generation, who will bear the future, can live in a peaceful world.
Rainbow Stage in Nagasaki
On the afternoon of August 8, the "Nagasaki Rainbow Stage" was held. Mr. TAUE Tomihisa, Mayor of Nagasaki greeted and said, "This year is an important year as the Treaty on the Prohibition of Nuclear Weapons came into effect in January, and we have taken a new step forward. I would like to provide many opportunities for people to think about peace through sports, theater, music, etc., and to work together with everyone."  Taken turns, Mr. MATSUI Kazumi, Mayor of Hiroshima also said "Although the Treaty on the Prohibition of Nuclear Weapons came into effect in January this year, there are still 13,000 nuclear weapons in the world. In such a severe situation, it is important to be a driving force to shape the consensus of civil society for the abolition of nuclear weapons. To the next generation of leaders, I ask you to work together for the abolition of nuclear weapons and for a lasting peace in the world."
On behalf of the organizers, TSUCHIYA Toshio, President of JCCU, said, "Now that the average age of A-bomb survivors' approaches 84 years old, passing on their experience and thoughts has become a major issue. I hope that everybody who watches this event will be able to accept Nagasaki's thoughts and feelings as one of those who will pass them on to the next generation. And I hope you will go to Nagasaki and listen to the A-bomb experience directly when the COVID-19 pandemic is over."
The event was followed by a lecture by Mr. TANAKA Shigemitsu, Chair of the Nagasaki Atomic Bomb Survivors Council, a presentation of activities by high school peace ambassadors, an A-bombed piano performance, a chorus, and a presentation of the efforts and appeals of the Online Children's Peace Conference. The event concluded with a speech by HONDA Minoru, President of the Nagasaki Consumers' Co-operative Union. 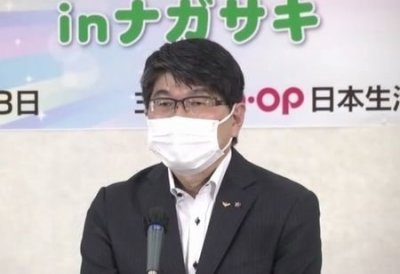 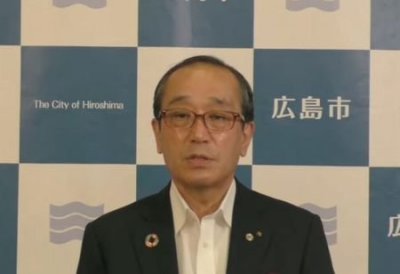 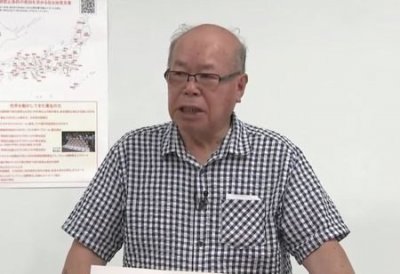 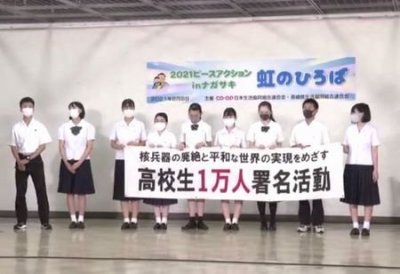 Lecture by Mr. TANAKA,
Chair of the Nagasaki Atomic Bomb Survivors Council                    High school peace ambassadors introducing their activities
Section Meeting
A total of six programs were presented, including live streaming and pre-recorded videos. This year's workshops were as follows: Testimonies of the atomic bombings by A-bomb survivors, reading sessions of A-bomb experience stories, lectures on the experiences directly handed down from A-bomb survivors, and peace story-telling with pictures. 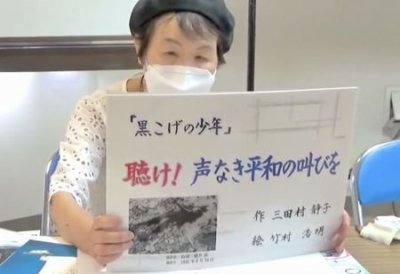 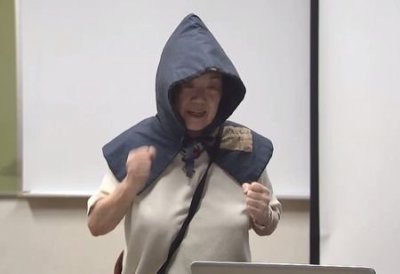 Scene of peace story-telling with pictures                                    Scene of the lecture on the A-bomb experience
In addition, an "Online Children's Peace Conference" was held as an opportunity for children, who are the future leaders of the world, to think about peace and 64 people participated in the conference. The participants learned about peace, war, and the atomic bombing, and divided into groups to exchange opinions. An appeal statement compiled from the opinions expressed by each group pointed out that war is caused by disagreements and stated that "the important thing is to solve problems through discussion. We should respect each other's opinions and accept opinions that differ from our own, and decide how to resolve them." 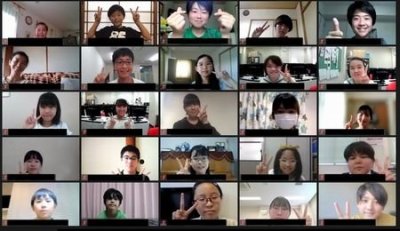