For two days from August 4 to 5, 2021, JCCU jointly held the "2021 Peace Action in Hiroshima" with the Hiroshima Consumers' Co-operative Union. Together with the "2021 Peace Action in Nagasaki" held from August 7 to 8, a total of 6,500 co-op members from 95 co-ops nationwide participated in the event which was held via online video streaming instead of gathering at the site as it was in the previous year in order to prevent the spread of COVID-19.
This year marks the 76th anniversary of the atomic bombing, and under the theme "From Hiroshima's Heart to You: 76 Years After the A-bombing, Toward a World without War and Nuclear Weapons," the event was planned to encourage each individual to take action to exchange and share their wishes for a peaceful world without war and nuclear weapons across generations.
Rainbow Stage in Hiroshima
On the afternoon of August 5, the "Rainbow Stage in Hiroshima" was held. Mr. MATSUI Kazumi, Mayor of Hiroshima in his greeting, said, "It is important for us to share the desire for peace in our daily lives. Let's work together for the realization of a world without nuclear weapons and the lasting peace that lies ahead." Taken turns, Mr. TAUE Tomihisa, Mayor of Nagasaki also offered greetings and said, "The realization of a world without nuclear weapons is a long-cherished desire and mission for the A-bombed city, and the people of the world. Let's work together for the abolition of nuclear weapons and walk the path to peace."
On behalf of the organizers, TSUCHIYA Toshio, President of JCCU, said, "We don't have much time left to listen to the A-bomb testimonies directly. The big issue is how we and the younger generation can pass on the memories of Hiroshima. I hope that you will think about peace and pass it on to those around you."
Thereafter, Ms. KIRIAKE Chieko gave her testimony of the atomic bombing, and peace efforts by university and high school students in Hiroshima Prefecture were introduced through videos and interviews.
The event concluded with a chorus wishing for peace so that tragic events like those that happened in Hiroshima and Nagasaki will never happen again. 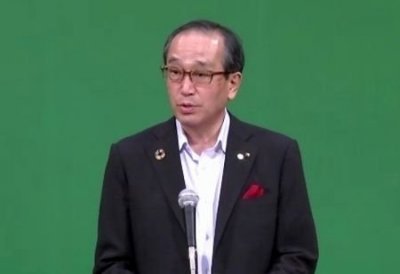 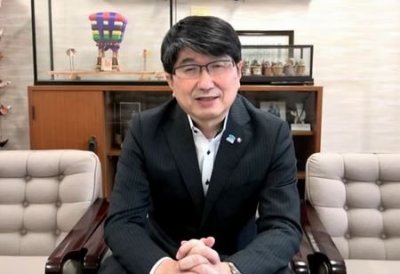 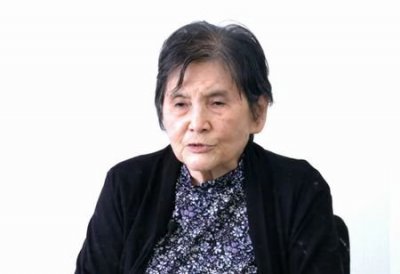 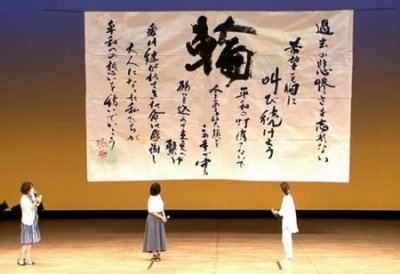 Radiation exposure testimony by Ms. KIRIAKE                           Presentation of large calligraphy works
Section Meeting
A total of six programs were presented, including live streaming and pre-recorded videos. This year, the following sessions were held: online testimony session where participants listened to testimonies from A-bomb survivors, a lecture on the legacy of A-bomb experiences and thoughts on peace, a poetry reading session on A-bomb experiences, and an online monument tour to learn about the remains and cenotaphs of Hiroshima, and the event featured a project by Professor WATANABE Hidenori and Mr. TAMURA Kenya of the University of Tokyo on the theme of "Passing on Memories to the Future through Digital Archives." 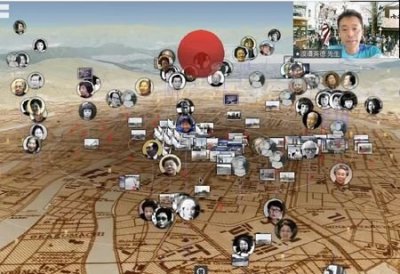 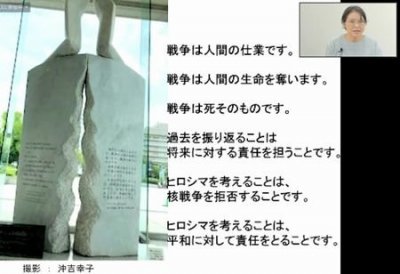