Hunger Free World(HFW), a non-profit organization, conducts development projects in developing countries, awareness-raising activities, advocacy, and youth development activities in order to create a world free of hunger.
As one of the activities to support HFW, Osaka Pal Co-op backs the "Postcard Collection Campaign" to collect and cash out postcards and unused stamps. During the 19th campaign which was held from January to May 2020, 4,271 co-op members participated and raised more than 7.5 million yen. The fund is used to support the following activities. 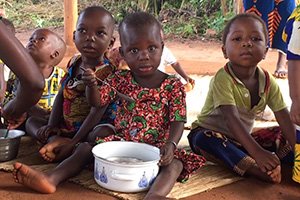 In Benin, West Africa, they provide porridge to malnourished children under the age of three for three days a week. Senior mothers whose children have recovered from undernourishment in the previous project help with the making of the porridge and at the same time teach young mothers how to make it. About 80% of the children recovered in about three years. 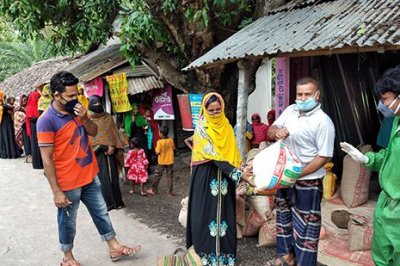 In Bangladesh, South Asia, they provided emergency food assistance since the people who receive nutritional food aid could not get any more support due to the lockdown of the COVID-19. 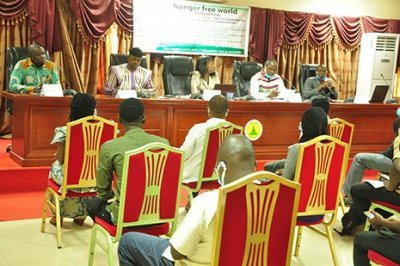 In Burkina Faso, West Africa, they continued to require the state to specify "rights to food" in the article of the Constitution, which resulted in the state including them in the draft amendments.