Palsystem received the "2020 Climate Change Action Minister of the Environment Award" sponsored by the Ministry of the Environment on October 30. This award by the Ministry of the Environment is given to individuals or groups that have made outstanding achievements in preventing global warming as part of the promotion of measures against global warming. Palsystem received an award in recognition of its renewable energy production and dissemination activities in their Sanchoku production areas where producers are clearly identified.
Since 2016, Palsystem has been engaged in the retailing of electricity utilizing renewable energy produced by its subsidiary Palsystem Electric Co., Ltd. At the Sanchoku production areas of rice, fruits and vegetables, and livestock sold by Palsystem, the electric power company uses the power of nature such as the sunlight shining on the fields, the water of the rivers that moisten the rice fields, and the chicken manure of the poultry farm to produce electricity. The number of power plants increased from 14 in 2015 to 43 in 2017. The ratio of renewable energy such as FIT electricity and other sources produced by Palsystem Electric Power is 85.5% (2020 planned value), which is one of the highest ratios among many electric power companies.
In addition, Palsystem collects power generation area support money (100 yen per case) with the approval of users as part of the basic electricity rate. Through this initiative, Palsystem supports the spread of renewable energy power plants in power generation areas, the expansion of power plants by local citizens and producers, and the development of the local economy. 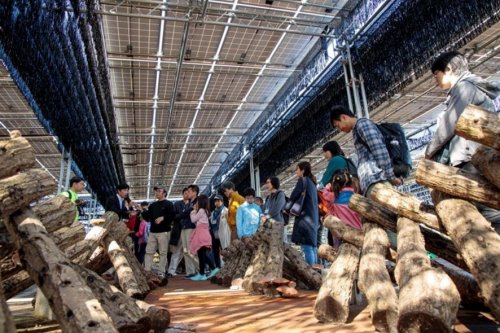