In the Sanchoku production area of the Co-op Hokuriku, the agricultural producers' cooperative corporation Shinshu Sanchoku Producers Union grows apples, Kyoho grapes, and zucchinis in a fertile land at 300m to 600m above sea level in the Chikuma River basin that flows through Nakano City in northern Nagano Prefecture.
The typhoon Hagibis in October 2019 caused heavy rain in Nagano Prefecture triggering flooding of the Chikuma River causing enormous damage to the producers in the area. Many of the Hokuriku Shinkansen trains were submerged in water. Some producers of the Shinshu Sanchoku Producers Union had their homes, farm sheds, and farm equipment flooded with water. Furthermore, their apple orchards were damaged, making harvesting impossible at all. 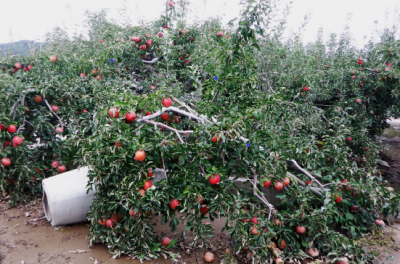 At Co-op Hokuriku, in order to support the reconstruction of the affected production areas, steps were taken to raise funds from co-op members and stakeholders as well as supporting the selling of the slightly damaged apples. Through these efforts, the production area gradually recovered and in 2020, apples could be harvested as before the disaster.
Mr.TAMAKI Masami, Member Director, gave thanks for the support of Co-op Hokuriku over the years and further said "all the producers are working hard to deliver delicious apples in the coming fall because of the smooth growing of the apples". 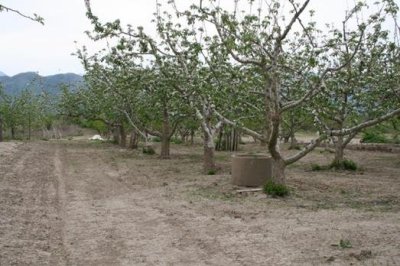 Mr. and Mrs. KOBAYASHI's apple orchard restored from the flood damage in 2019 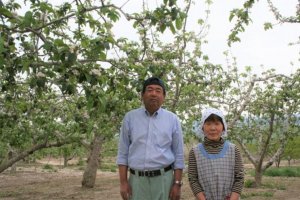 tags: enormous damage, harvest as before the disaster, support the reconstruction