Since 1991, JCCU has been organizing training program for managers of consumer co-operatives in Asia to learn about the businesses and activities of Japanese co-ops. 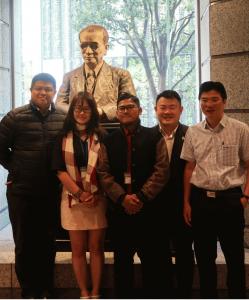 At JCCU headquarters the trainees received lectures on the outline of Japanese co-ops and quality control of CO・OP Brand Products. In addition, they visited the JCCU Laboratory, observed the examination such as pesticide residue and microorganisms, and received explanations on the method of analysis.

In addition, the group visited the Kagawa Archives & Resource Center and learned about the history of the Japanese co-operative movement.

At Co-op Kobe, they visited a variety of stores, including supermarkets, mini-supermarkets, online supermarkets, and mobile stores. They also visited various facilities such as food factories, delivery centers for home delivery businesses, and Eco Farm, which is operated by Co-op Kobe as part of environmental conservation activities, and received lectures on businesses and activities related to each facility. In addition, they received lectures on a wide range of topics, including the history of Co-op Kobe, the personnel system, and explanation and experience of smartphone apps for members. 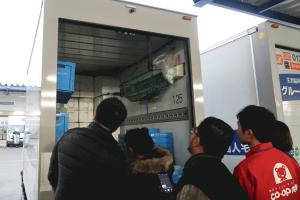 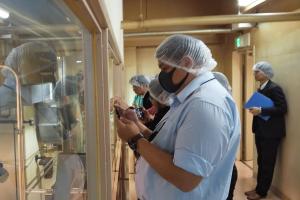 On the last day, the trainees shared the current situation of their respective co-ops, what they learned during the training, and how they could use the training experience to improve their work upon returning to their home countries.