From November 7-8, 2019, JCCU organized “Fukushima nuclear power plant decommissioning process inspection tour”. The purpose is to observe the current situation in Fukushima, such as the state of the "difficult-to-return zone" in Fukushima Prefecture and how the decommissioning work of TEPCO Fukushima Daiichi Nuclear Power Station is proceeding. 21 people including board members of 9 consumer co-ops and federations from across Japan participated. 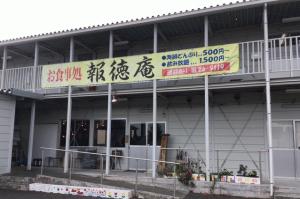 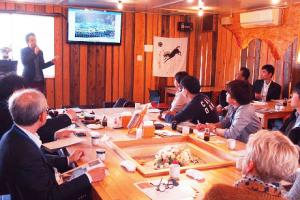 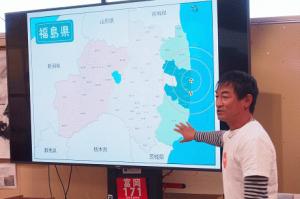 Participants also visited “OCAFE”, which is operated as a resting place for former residents and volunteers in Namie Town.

The Futaba District where “Futaba Info” and “OCAFE” are located is still restricted to live and stay in most areas. In some areas, so-called “difficult-to-return zone”, entry itself is prohibited with some exceptions. The tour participants visited the area while traveling in a bus and subsequently visited the nuclear facilities.

At the Interim Storage Facility Information Center, the tour participants learned the entire facilities at the center by video show. 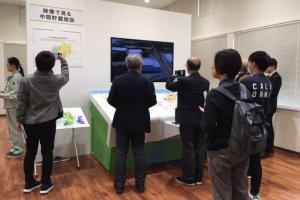 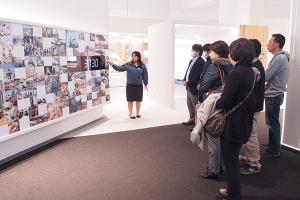 They also visited the Fukushima Daiichi Nuclear Power Station to receive explanation of the current situation and future prospects.

Tour participant’s impression: “The explanations were very easy to understand. I was able to understand the feelings of the people of Fukushima.” “It was good to learn about Fukushima and interact with people from various viewpoints with the same thought and feelings and make connections.”